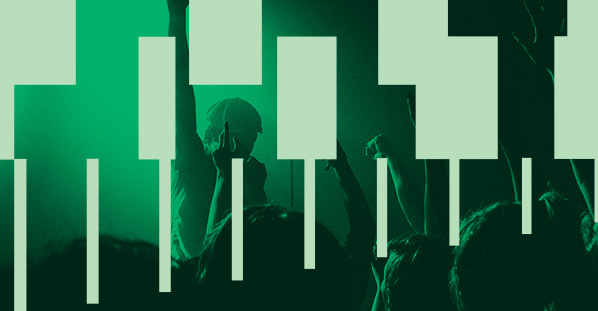 *Due to the international aspect of this mentorship program, the application is in English.
In collaboration with the arts foundation Tempi planned to host a delegation of international industry guests, to participate in networking events in the framework of Roots & Hybrid 2020. Due to the cancellation of this year’s Spot Festival, the funds dedicated to this event has been diverted to create a serie of mentorships programs, webinars and peer sessions.
We offer five mentorship programs for artists and managers within our musical area with the objective to continue the career development of the danish scene internationally, help Danish artists and industry assembly strategies to confront the current and future circumstances, and strengthen relationships with neighbouring markets, such as the German, BeNeLux and Nordic markets.
To be considered for the mentorship you’ll have to apply through our system and answer following:

Do you have any questions for the mentorship, contact Laia at laia@tempi.nu

Anja Hövelmann [Leipzig|Germany] is an artist agent, booker, project manager and supporter of the folk world music scene. She grew up in a musical family, started a musicology studies in Leipzig/Germany, gained practical experience in the music industry [entertainment and classical music sector] and successfully completed her studies in cultural management in 2004. For her diploma thesis she started an empirical survey among German festival and concert organizers on the topic of artists & application process as well as artist marketing and the importance and position of folk and world music. In 2007 she and her partner founded artist agency LavioLa originally with the aim to support regional artists. She played a concert with her band at the Rudolstadt-Festival and has been involved in the festival activities every year since then. This key moment led to the existent agency’s work content cooperating with international artists and partner, which they have been pursuing ever since with great fulfillment and enthusiasm. Besides the main focus on artist booking & management, project management is another business module. Anja participated in an international exchange program between German and Israeli musicians (iLanD), she developed event concepts for local media companies, she was involved in the conception of the world music contest ‘creole’ with the aim of boosting and supporting the world music scene in Germany. Right now she is part of an creative team that organizes a concert series in Leipzig as a platform to support young professional musicians from the singer-songwriter movement.

For more than ten years LavioLa has been working with artists who present traditional music styles such as folk, world, a cappella, classical music or tango in original, exciting, unique and contemporary garb without falsifying the original character. Our artists come mainly from Scandinavia, but also Portugal, Israel, Austria and Germany. A team-minded collaboration and connection with our artists and partner at eye level and an authentic transparent working atmosphere is important to us. Together with our artists we develop concepts and strategies bundled in a schedule to achieve the step-by-step implementation of specified goals.

We organize and supervise tours, arrange festival appearances and support artist applications. To sum up we represent selected folk and world music artists of the new generation: exciting, smart and unconventional. 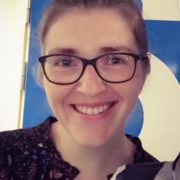 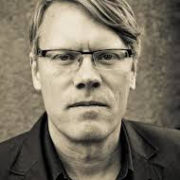 Chris Eckman (b. 1960), an American musician, composer, producer, educator and label owner, started navigating the music business as a member of the mid-80’s Seattle music scene. His band The Walkabouts was one of the first acts signed to the legendary “grunge” label Sub Pop and later went on to international success due in part to two highly acclaimed mid 90’s albums released by Virgin Records. As a musician he has worked with a diverse group of collaborators including Brian Eno, The Tindersticks, members of R.E.M and Nick Cave & the Bad Seeds and currently, the cutting edge, borderless rock band Dirtmusic (featuring members from Turkey, Australia, USA & Czech Republic).

He has also been in the producer’s chair for over 30 albums working with global music artists like Tamikrest, Aziza Brahim and Bassekou Kouyaté.

In 2013, he co-founded Glitterbeat, a record label dedicated to “vibrant global sounds”. Glitterbeat was the winner of the prestigious WOMEX Label Award for five straight years (2014-2018). In an era when the world music industry is under serious threat, Glitterbeat has provided a major platform for both traditional musics and global beats with leading artists from around the world. Some recent albums include Saziso, polyphonic music from southern Albania; a reissue of rare early singles featuring Stella Chiweshe, legendary mbira player from from Zimbabwe, Bixiga 70, from Brazil, Ifriqiyya Electrique from Tunisia; Tamikrest from Mali’s desert; King Ayisoba from Ghana; and Gaye su Akyol from Turkey.

As an educator Eckman has been a keynote speaker or panelist at music conferences, festivals and universities throughout the world. These include: Le
Guess Who? (Utrecht), BIM (Sao Paulo/Brazil), SIMM (Bogota/Colombia), WOMEX (2016 & 2018), University of Ljubljana (Slovenia), MENT (Ljubljana), Eurosonic (Groningen), The School of African and Oriental Studies (London) and Middlesex University (London). From 2012 to 2016 he was a lecturer in the audio production BA program at the SAE Institute in Ljubljana. In 2019 he joined World Pitch, an international mentoring program for young music business professionals.

Jeroen van den Bogert
Jeroen started his career in music as a dj and promoter during his studies in the 90’s. He worked as a promoter for various venues and events between 1998 and 2008. In 2006 he started his first booking-agency as some befriended artist from the U.S.A. asked for his help to set up a fist EU tour. Between 2006 and 2014 he ran Alles Los Agency, in 2015 Alles Los Agency merged with management company Boostymusic to form BLiP Agency.
With BLiP Jeroen focuses on European touring for mostly European artist. Genre wise at BLiP we focus on a mix of non-western crossovers, jazz, psychedelics and electronic music. Always looking at artist who bring a new angle or a new sound.
Current EU/worldwide roster Jeroen:
Altin Gün, Islandman, Gaye Su Akyol, Selda Bagcan ft Boom Pam, Arp Frique & Family, YĪN YĪN, Niels Broos, Koffie, Larry Gus, Ceephax Acid Crew, DMX Krew, Rheinzand, Thomas Azier, Yokaï. 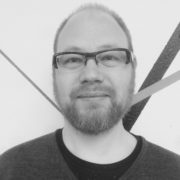 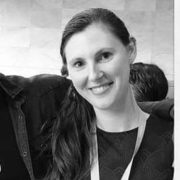 Miriam Brenner
Miriam Brenner (NL/USA) is an independent artistic director, manager & agent and consultant.
Miriam has curated live music and context activities at two renowned Dutch festivals, starting in her early twenties. By producing in-house shows and European tours at NL’s most known theater in this genre based in Utrecht, she’s layed a solid foundation for activities in her future career.
In 2012 she founded her own talent development agency Kokako Music and since has organized tours in 4 continents: Gravitating towards exciting fresh sounds from the globe – from electronic, traditional to urban – always rooted in culture. With KM she’s worked with clients like ea Roskilde to Lowlands, from Chicago to Malaysia, theater to underground venue. She manages an artist from Cabo Verde who’s currently on tour with Madonna’s latest production. As published ethno-musicologist, this hands-on professional draws from her academic background to put music in it’s relevant cultural context.
Miriam regularly speaks and moderates at conferences and has participated in several mentor programs (Music Estonia, Export Poland, Tempi Denmark): Learning first hand how tough the industry can be, she’s happy to share knowledge and coach young professionals to grow and flourish. In 2012 she co-founded the Global Club Music Network and Women’s mentoring program Been There Done That.
Besides running KM, Miriam currently is the Coordinator of NGO ‘World Music Utrecht’, stimulation the inclusion of diverse music throughout NL’s most central city.
Featured artists include: Miroca Paris (Cabo Verde & Protugal, formerly Cesaria Evora), BITORI (Cabo Verde), Victoria Hanna (Israel), Dr Jordan INstitute (NL/Trini/CA), Esdras Nogueira (Brazil) and more.
Tom Sherlock

Dublin-born Tom Sherlock has worked as a full-time music business professional since 1982 when he began employment with leading Irish folk music label, Claddagh Records. He helped establish Claddagh as one of the world’s largest distributor of traditional music and opened up many new international territories for the label and its artists. During his fifteen years with the label Tom worked as A&R  manager and also as production
manager. Among the artists he worked closely with were The Chieftains. He also established a retail arm for the company and successfully managed
Irelands leading folk and roots music record store -which still trades to this day.

Since 1997 Tom has worked in music management and event consultancy. He has represented many of the leading Irish traditional music acts among them Altan, Liam O’Flynn, The Poet and the Piper (Seamus Heaney & Liam O’Flynn), The Chieftains, Lankum, Karan Casey, Seamus Begley, Usher’s
Island, Lunasa, Paddy Glackin and Roisin Elsafty. In recent years he has taken on management of the Danish band, Dreamers Circus.

Tom has wide experience of organizing tours in the USA, Canada, the UK, Ireland, Japan, China, Australia and has worked in most European countries.
He works as a programming consultant and advisor to a number of festivals. A contributor to the respected reference works The Encyclopedia of
Ireland and The Companion to Irish Traditional Music, he is an occasional lecturer in music business.

In 2012 he was Programme Manager of the North Atlantic Fiddle Festival (NAFCo2012) which ran successfully in Derry/Londonderry and Donegal.
Along with Professor Rionach ui Ogain of University College Dublin he was co-editor of The Otherworld -Music and Song from Irish Tradition –
an illustrated book with 2 CDs on Irish music and folklore published by The Folklore Council of Ireland.

He recently produced and presented a 6 part radio series entitled “Transmissions” that explored commonalities between various international folk musics – this ran successfully on RTÉ Radio 1 (Irish national broadcaster).  Previously he served as an advisor to the Irish Arts Council and has also worked in consultancy roles for the Government of Canada, the European Commission, the Department of Foreign Affairs  (Ireland), The Ulster Folk and Transport Museum and Danish Roots amongst others. Tom is currently engaged by Music Estonia and Tempi (Denmark) to offer mentoring courses to musicians in those countries. He served, as treasurer, on the board of the Irish Traditional Music Archive in Dublin for six years (www.itma.ie) and previously served at board level for Open House Festival in Belfast and the Dublin Folk Festival. 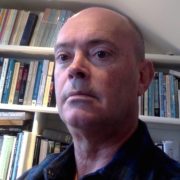